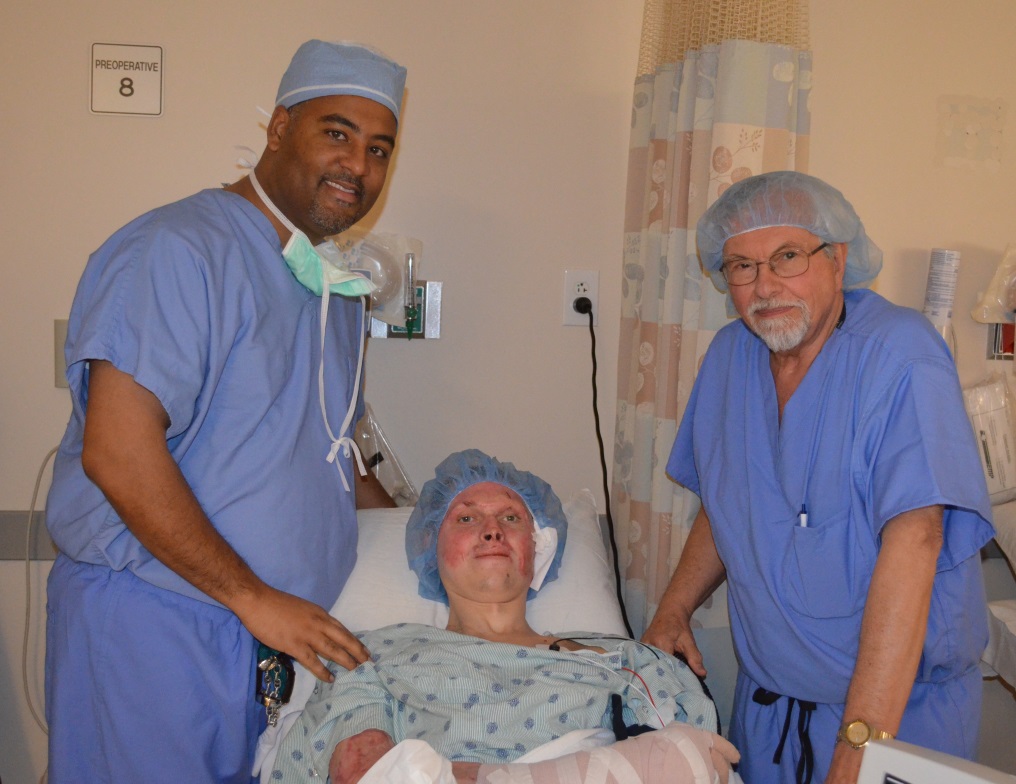 Objective: To highlight the many individuals and organizations who are donating their time and efforts to care for the innocent victims of the violence in Ukraine.  Our Ukrainian community in NE Ohio is a close-knit group and would be encouraged to hear that these victims are not forgotten and are being cared for by generous individuals in the US.  This story follows one young Ukrainian soldier who received medical care here in Cleveland.

There are amazing people in Cleveland, who do some amazing things!  Every so often you hear a feel-good, inspirational story about selfless people who expect nothing in return for doing things, way beyond the call of duty, that literally change the lives of others.  This holiday season seemed like a good time to share one of those inspirational stories!  While news stories have faded about the terrible tragedies that unfolded in Ukraine over the past year, the reality is that there have been numerous innocent victims of the violence that took place in Kyiv and other Ukrainian cities. Some were Ukrainian soldiers fighting for their homeland, while some were simply bystanders, many of whom were children, caught in the crossfire by being in the wrong place at the wrong time.  Fortunately for these victims, their plight has not gone unnoticed;  through the work of caring individuals such as those from the Ukrainian Federation of America (UFA) and the Ukrainian Medical Association of North America (UMANA), these organizations in the US and their local chapters in Cleveland and other cities have worked tirelessly to help these victims to receive the medical care and treatment they need. Meet Sergii Babskyi, a 32-year-old mining engineer who was living and working in a small town west of Kyiv, Ukraine.  He enlisted in the Ukrainian army when the terrorists in eastern Ukraine overran the cities and villages.  Sergiis vehicle was hit with a rocket-propelled grenade and he sustained major severe burns over half of his body.  He was hospitalized in Cleveland, Ohio, for many months and underwent multiple surgeries/skin grafting.

Through the efforts of the US Embassy in Kyiv, US Congressmen including Senator Rob Portman of Ohio, the UFA, and the Cleveland chapter of the UMANA, local medical professionals and facilities have been actively involved in arranging medical visas and transferring Sergii and approximately 15 other recent victims to the US for medical and surgical treatment.  When Sergii was examined here in the US he was found to have profound vision loss in one eye secondary to a shrapnel fragment that perforated his eye. Over the next several months, the vision further deteriorated as he developed a total cataract, and the status of the inside of the eye became impossible to evaluate.  Ihor Zachary, MD, of Medical Eye Associates in Middleburg Heights, Ohio, is a local ophthalmologist and Maria Strus, MD, is President of UMANA  Ohio Chapter. They both have a heart for these Ukrainian victims.  When Dr. Zachary examined Sergii, he realized the extent of the trauma to the back of his left eye (the retina) would require the expertise of an experienced retinal surgeon, so he contacted Drs. Hernando Zegarra and Joseph M. Coney of Retina Associates of Cleveland. They examined Sergii and scheduled him for surgery in the hope that maybe some vision might be restored, although the prognosis was very guarded.

Before surgery, Dr. Coney stated, Sadly, war impacts so many peoples lives, more than is often realized.  I am humbled at the thought of being a part of helping this special young soldier.  Many professionals have donated their time and skills to assist Sergii with his multiple complications from which he will not fully recover.  His positive attitude overwhelms me; he is a true soldier and remains ready for his next challenge in life with complete exuberance.

Dr. Coney performed the surgery on Monday, December 15th, at the Cleveland Eye & Laser Surgery Center, the regions largest retinal surgery center, which is located in Fairview Park. He will monitor Sergii over the next few weeks to assess his progress. Because of Sergiis multiple injuries and inability to move his fingers and use his arms, and with multiple reconstructive surgeries in the future, he will probably be unable to work to support his family.  His wife, a kindergarten teacher, is unable to work because she will have to help him at home and take care of their young children (ages 3 & 9 years). Upon hearing Sergiis story, the physicians at Retina Associates of Cleveland and Cleveland Eye & Laser kindly decided to donate their services to his family for the surgery.

The bigger story here is that doctors from multiple cities and medical facilities in the US are working with the UFA and the UMANA to care for soldiers and trauma victims. Zenia Chernyk, MD, head of the UFA, is the physician who coordinated with the US Embassy in Kiev during the last 6 months to transfer approximately 16 soldiers, young adults, & children to the US for medical treatment; 3 of them came to Cleveland, Ohio. Maria Strus, MD, head of the Ohio chapter of UMANA, works hard on her own time to find local families to house and sponsor the victims and make arrangements for transportation to medical facilities for treatment.  If you would like additional information, please contact them at UMANAohio@gmail.com or umana@umana.org. We applaud all of these individuals and organizations who are making an impact on so many lives in Cleveland, the US, and the Ukrainian communities.